What is  actuation force of rubber keyboard?

Actuation force: the amount of pressure needed to depress a key and register a keypress. Different key switch designs allow for different levels of actuation force, which is usually defined in grams (g) or pound force (lbf).

Keyboard that use dome switches, silicone elastomer button, or tactile switches rely on actuation force as a critical feature to define how much force is required to close the normally open switch.

In this blog, we will introduce you the most import tip for designing silicone rubber keyboard. 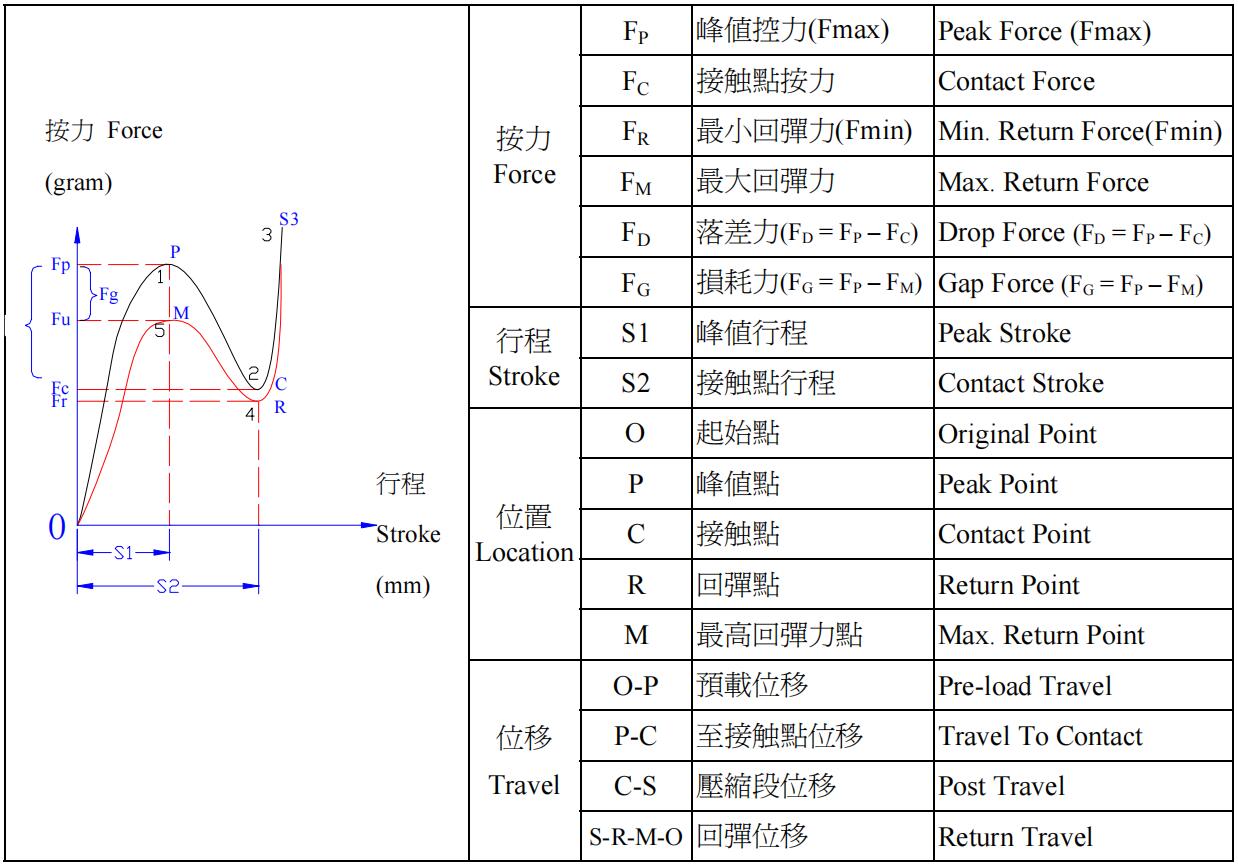 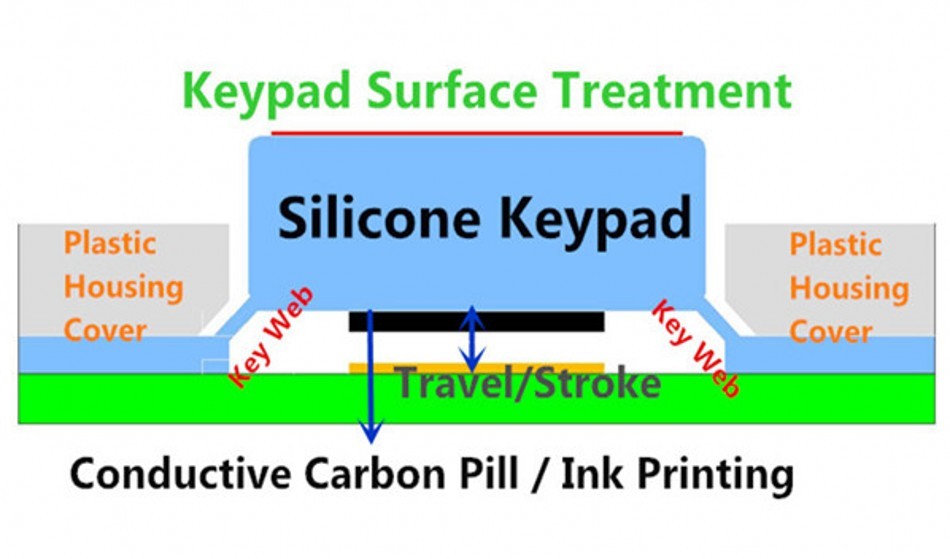 If you have ever studied the keyboard, you should have seen the diagram, this graph is for keyboard actuation-travel. 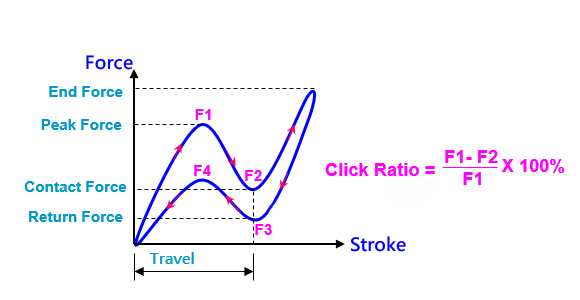 The horizontal axis(X) represents the travel, which is the distance of the button press. Vertical axis (Y) represents force, it says how much you need to use force to press the button.The chart can be used to say when we press a keyboard button, the button change because of force and button down travel distance.

When reach F1 Peak, which called the [Actuation Force] or [Peak Force], this is the maximum Force that the key webbing can withstand.

After the [point 1], the force of keyboard suddenly drops sharply. This is because the key webbing of the keyboard begins to bend and cannot withstand the press force, causing the keyboard to drop rapidly until it touches the bottom plate [F2], which called Make Force or Contact Force.

At this time, the keyboard button contacts with the circuit board to start the circuit switch.

If the force is continued to be applied at this time, the force will rise rapidly, but the button can not be pressed down (the stroke is very short). This is because the stroke of the button has almost ended, and the continued force is only applied in the compression of the silicone, so the [End Force] can be infinitely large in theory.

When the force exerted on the keyboard begins to release, the force originally compressed on the rubber will be released first until [F3] which called [Rebound Force] or [Return Force] back to the place where the keyboard contact the bottom plate.

After [point 3], the keyboard will start to rebound, and you will feel a rebound force, which will get bigger and bigger until the key webbing is no longer curved. When reach [F4] which called [Return Peak Force], after this point, the rebound force will become smaller and smaller almost linearly, until it returns to the origin.

Different products usually have different actuation force design values. For example, the F1 of Calculator was only about 30 ~ 80g, while the general telephone button was about 70 ~ 200G, and the computer keyboard was between 40 ~ 90G.

How to test keyboard actuation force?

The tactile feeling of keyboard is good or not depends on the Contact Force (F2), but generally we do not define F2 directly, but define the ratio of F1 and F2, called Click ratio or Snap ratio, which is defined as follows:

-So what factors affect the actuation force of the keyboard? 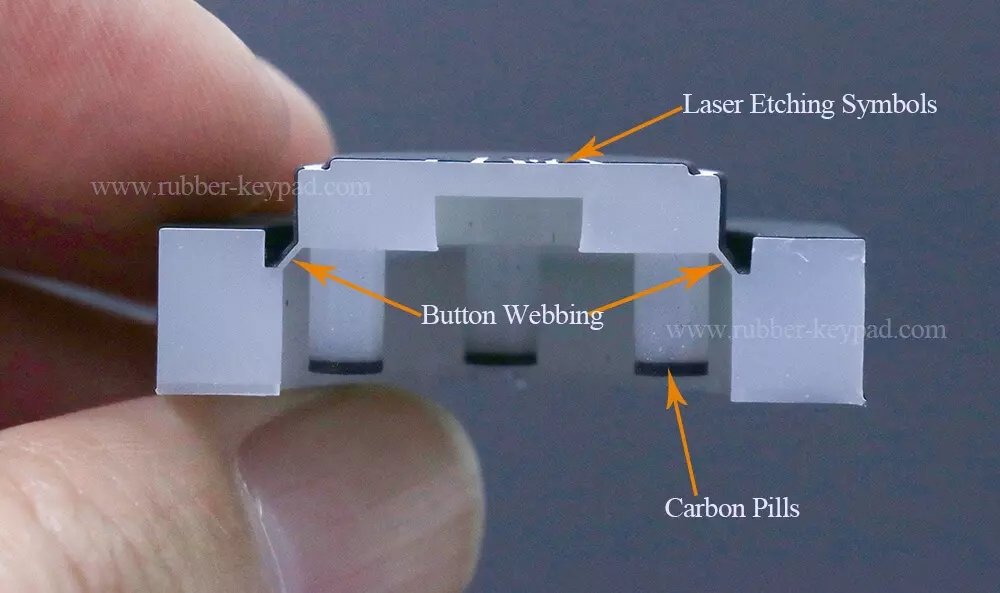 And too long travel will make people feel that the button is pressed for a long time to the end. 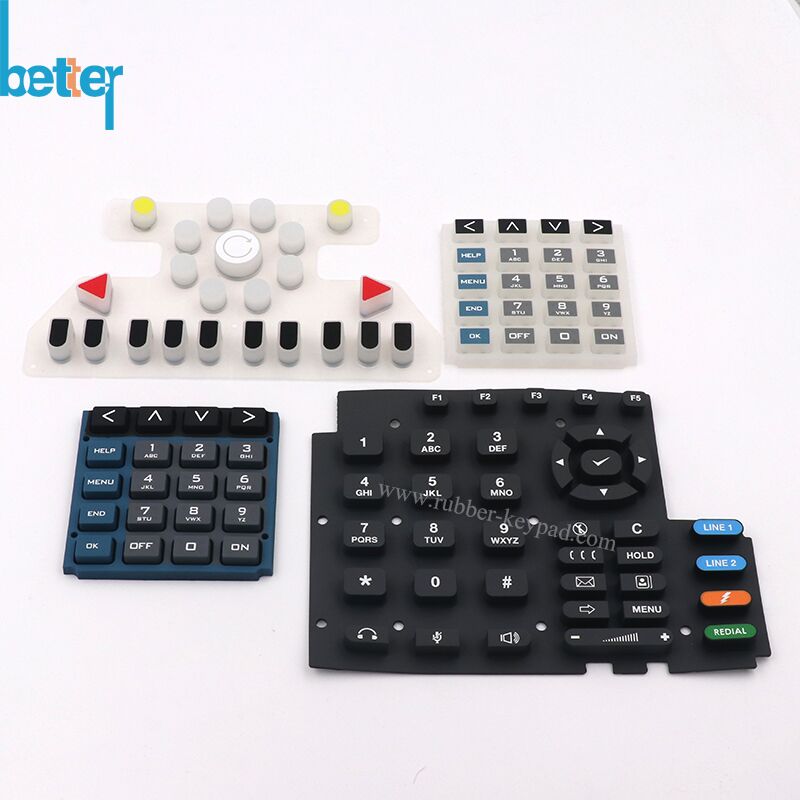